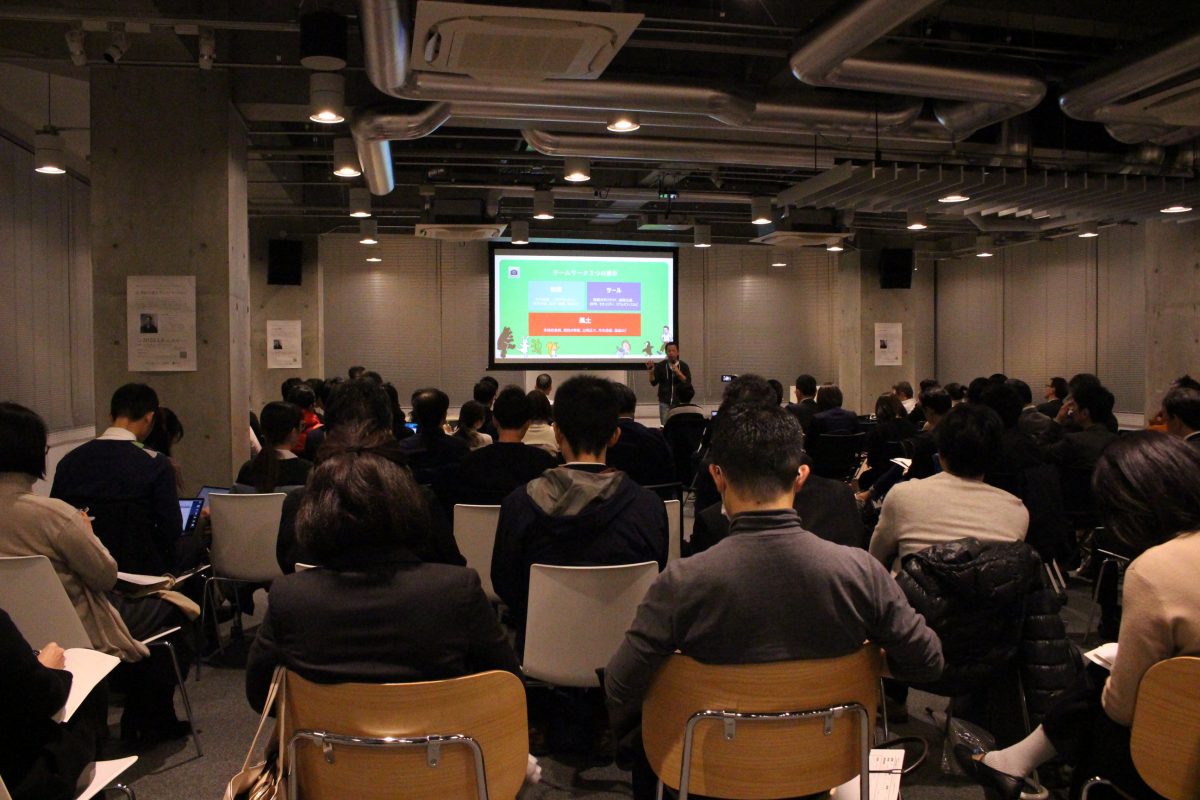 Kyushu University Faculty of Design, Business School (QBS), and Robert T. Huang Entrepreneurship Center (QREC) organized the 4th Seminar of Design x Business x Entrepreneurship. We invited Mr Osama Yamada, Vice President of Cybozu Corporation, General Manager of Global Business Division and President of Kintone Corporation (President of Cybozu USA), to speak on the theme of “21st Century Working Styles and Innovation. The seminar was attended by 92 participants from both inside and outside the university. Associate Professor Masaki Matsunaga of the University’s Graduate School of Economics, reported on the seminar as follows.

After graduating from the Osaka University of Foreign Studies, Mr Yamada worked at the Industrial Bank of Japan before joining Cybozu in 2000 as the director in charge of the Finance, Human Resources, and Legal Departments. With the establishment of the US Business Division in 2014, he became the manager of that division and since then has lived and worked in Silicon Valley. In 2019, he published Saikeiryo no Manejimento (Least Burdensome Management) through Cybozu-shiki Books.

During the seminar, he talked on the theme “New Manager Theory in the Diversified Working Style Age”. He gave a presentation that covered the renewing of Cybozu’s corporate philosophy every year in response to the changing times due to development of Internet technology, various unique human resource systems as actual measures, the advance of the use of tools, and using these to create an organizational culture. In particular, he repeatedly emphasized that the new age working style requires managers to respect diverse individuality and align on the individuals working in the company rather than the faceless company organization. After his enthusiastic presentation, there were endless ensuing questions from the audience. His talk has stimulated a lot of thoughts and demonstrated the impact of his speech.

［Speaker］
OSAMU YAMADA
Cybozu, Inc. Vice Chairman, Global Business General Manager, Kintone Corporation President (Cybozu USA President)
Currently, he lives in San Francisco. After graduating from the Osaka University of Foreign Studies, he joined the Industrial Bank of Japan. In 2000, he joined Cybozu as a director in charge of the finance, personnel, and legal departments. He is working on restructuring and formulating a personnel system in response to the employee turnover rate and the recruitment struggle of a venture company. In 2014, he assumed the position of General Manager at the newly-established US business headquarters and transferred to Silicon Valley, where he remains today. He published “Lightweight Management” in 2019.